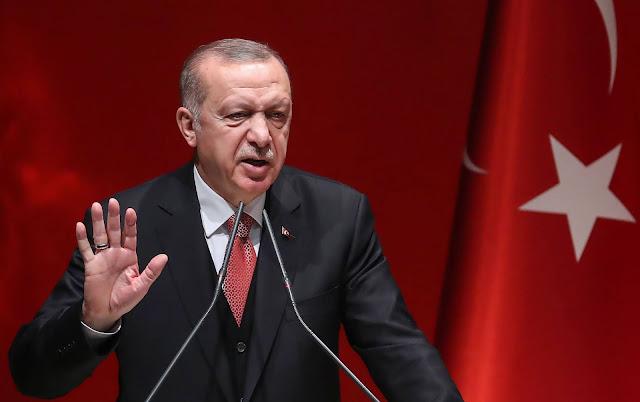 In humans, we definitely want a good leader for progress, prosperity and peace. Be it a leader in the family, in an area or in a company, even though the leader of the State and Allah has promised that in the al-qur`an will make humans as leaders in the world. According to the word of Allah in al-qur`an surah al-baqarah verse 30.

Meaning: Remember when your Lord said to the angels: "Verily, I want to make a caliph on earth". They said: "Why do you want to make (caliph) on earth a person who will cause damage to him and shed blood, even though we always praise You and purify You?" God says: "Verily I know what you do not know"

The 10 characteristics of a good leader according to Islam are as follows:

Why does it have to be Islam? Because it is in accordance with the word of Allah q.s al-maidah verse 57

Meaning: O you who believe, do not take your leadership, those who make your religion the fruit of ridicule and games, (namely) among those who have been given the book before you, and those who disbelieve (people polytheists). And fear Allah if you are true believers.

From the above verse Allah forbids a believer to make an infidel into a leader, so that Islam in the future will not be mocked and not mocked (ridiculed) by unbelievers.

In accordance with the word of Allah qur`an surah an-nisa verse 59 which reads:

Meaning: O you who believe, obey Allah and obey the Prophet (Him), and ulil amri among you. Then if you have different opinions about something, then return it to Allah (Al Quran) and Rasul (Sunnah), if you really believe in Allah and the day after. This is greater (for you) and better as a result.

From the above verse, Allah commands that Muslims obey and obey Allah and to his messengers and to those who hold power among them in order to create peace and prosperity of the people.

A leader must put something in its place, that is, a leader must uphold the law fairly regardless of whether it is from the rich or the poor (regardless)

Honesty, must be possessed by every leader whether honest with himself, to Allah, and to the people (other people, people).

A leader must have intelligence. To predict the future if there are problems to be faced. A leader must be able to provide the best solution and design something for the progress and welfare of the people in the future.

If there is a problem that is done by the leadership and can be held responsible for what happened, the problems that have occurred.

9. Must be ready to be criticized

A leader must be ready to be criticized by his people (people) to accept other people's opinions, not be selfish, respect the opinions of others.

Namely, to be brave in making decisions, to have the courage to eradicate crimes that can damage the welfare and peace of the people.

Hopefully this is useful.